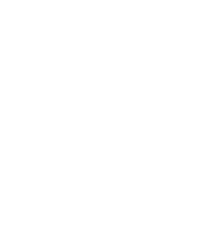 Learn about Greenpoint’s transformation over the years.

Purchased from the Lenape tribe by the Dutch in 1638, by the mid-19th century, Greenpoint’s pastures and farms gave way to industry. Entrepreneur Neziah Bliss secured a ferry service to Manhattan, and the town joined the city of Brooklyn, transforming the neighborhood with diverse industrial activity.

Industry and the Arts

Homes for tradespeople and merchants proliferated on the waterfront, as Greenpoint became a hub for shipbuilding, printing, pottery, glass works and foundries. Continental Iron Works built the USS Monitor, the Union’s first ironclad fighting ship, launched on Bushwick Creek in 1862.

As Brooklyn changed from pastoral farmland to industrial hub, the citizens of Greenpoint were living in unsanitary conditions, much the same as those across the East River in Manhattan. Only a handful of homes had indoor plumbing, a luxury for a privileged few.

At the Columbian Exposition of 1893, architect Daniel Burnham launched a grand plan to bring order to chaos in urban development. Citing European cities, The City Beautiful Movement proclaimed that urban landscapes must be planned with aesthetics, infrastructure and human services for all.

“Build baths, big ones, handsome ones, and in every crowded quarter of the town.” — April 1902, The Brooklyn Eagle; Architect Louis Henry Voss answered the call to transform the urban landscape of Brooklyn. The son of a Dutch farmer from Vermont, he studied at Pratt Institute and held offices at 65 DeKalb Street.

Voss designed three of Brooklyn’s seven public baths, at Huron Street, Pitkin and Montrose Avenues, as well as the 68th Street Precinct House, Kings County Hospital Extension, elegant private residences, and The Union League Club, formed by supporters of the Union cause in the Civil War.

Relic of a Century Past

Greenpoint is a vibrant post-industrial neighborhood with great views of Manhattan. An urban enclave, Greenpoint is nestled north of Williamsburg close to the East River. Tree-lined peaceful streets with hidden gems at every corner define a neighborhood with a unique creative lifestyle, including laid-back music venues, bars and restaurants - all just a small step from Manhattan.